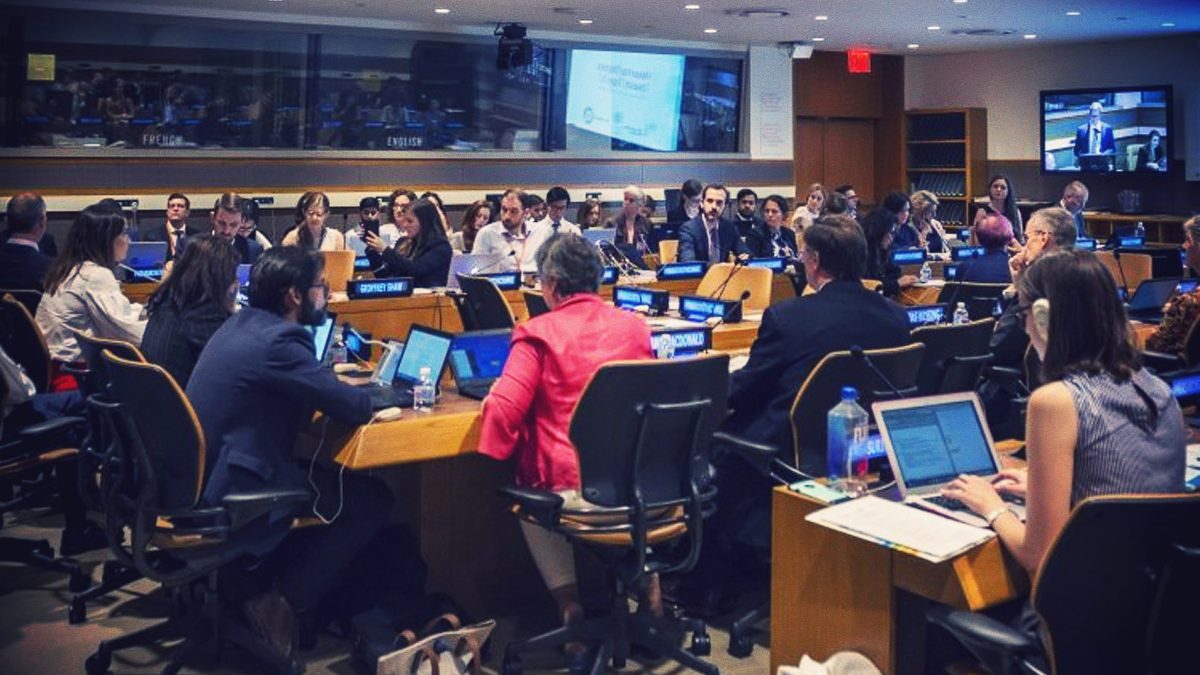 Overall Goal and Specific Objectives
This project focuses on the role of transnational labour intermediation involved in supply chains and labour chains and it concentrates on countries in the Global North that have been active in pursuing strategies to combat forced labour. The goal of the international and interdisciplinary research workshop is to bring together researchers:
(1) to map how the different processes of transnational intermediation lead to forced labour and to identify; and
(2) to evaluate examples of institutional and regulatory experimentation to combat it.
This research will then be shared with a range of different audiences through webinares, blogs and posting policy briefs on the Internet, and transferred to policy actors makers through targeted workshops.

Project Description
In 2017, the International Labour Organization estimated that 24.9 million people were in forced labour (ILO 2017). Forced labour refers to situations in which persons are coerced to work through the use of violence or intimidation, or by more subtle means such as accumulated debt, retention of identity papers or threats of denunciation to immigration authorities (Alain 2018). The most vulnerable and excluded groups (such as women, undocumented or temporary migrants, religious minorities and indigenous people), often subject to intersecting forms of discrimination and disadvantage, are disproportionately relegated to forced labour (Fudge and McCann 2015). Supply chains and labour chains that facilitate cross-border working have been identified as two of the vectors that make forced and other forms of unfree labour (such as modern slavery and domestic servitude) a global problem (ILO 2016; ILO 2015).

Although supply chains involve the outsourcing of jobs across borders and labour chains involve workers crossing borders to do “in-shore” jobs, both frequently rely on processes of transnational labour intermediation. The term “labour market intermediary” traditionally referred narrowly to organizations that perform job brokering or matching activities. This definition is too restrictive as it fails to capture the full range of strategies and institutional arrangements that have emerged. Labour market intermediaries include entities that work to improve the efficiency of the job matching process as well as those that provide personnel and human resource services (Autor 2009); a labour market intermediary is transnational if it is part of a chain that crosses national borders. It is no longer possible or useful to classify labour intermediaries, which include temporary employment agencies, recruiters, placement firms and staffing services, as engaged in either matching or managing. In practice, the boundaries between these different functions often blur and overlap, and different kinds of entities and institutions, from for-profit corporations to informal family networks, can perform one or more of them. The use of intermediaries is also very common in transnational migration, as “transnational labour supply chains supplying migrant workers” are a fundamental aspect of production in the global economy and services (Gordon 2017: 469). Moreover, research reveals the extent to which subcontracting chains in garments or electronics, for example, rely on labour intermediaries, especially temporary employment agencies, both to recruit and manage migrant workers in different parts of the chain (Kothari 2013; Andrijasevic and Sacchetto 2017). This mixture of supply and labour chains adds an additional layer of complexity.

Both “types” of transnational labour intermediation, those involved in supply chains and those that facilitate international migration through labour chains, are associated with regulatory failure (ILO 2015; ILO 2016). The restructuring of global production whereby firms out source parts of the labour process to other companies, creating a long subcontracting chain, often across national borders, has resulted in the incapacity of national labour laws to regulate the terms and conditions of labour (Crane 2013; Crane et al. 2018; LeBaron and Phillips 2019). Researchers who study supply chains have investigated the role of forced and unfree labour relations in sustaining the functioning of globally integrated circuits of production (Barrientos 2013; Phillips and Mieres 2015). International labour brokers, employment agencies and other forms of recruiters that supply workers across borders have been found to contribute to forced labour, and they, too, are very hard to regulate because the regulation must occur along a chain that often crosses international borders (ILO 2015). Moreover, subcontracting chains often use temporary work agencies, which provide comprehensive management of migrant workers, and create additional uncertainty about accountability (Andrijasevic and Sacchetto 2017).

There is growing pressure globally to address the problem of forced and unfree labour that result from processes of transnational labour intermediation. In 2016, the United Nations adopted the eradication of modern slavery and forced labour by 2030 as target 8.7 of its Sustainable Development Goals (UN 2019). In 2018, Australia, Canada, New Zealand, the U.K. and the U.S.A. agreed to four new principles for governments to combat modern slavery in global supply chains: 1. encourage business to address modern slavery in supply chains; 2. tackle modern slavery in public procurement processes; 3. advance responsible recruitment practices; and 4. harmonize these laws and policies across jurisdictions (U.S. Department of State 2019). In response to these obligations, in October 2018 the Standing Committee on Foreign Affairs and International Development and Subcommittee on International Human Rights released a report advocating a form of supply chain transparency legislation similar to that introduced in California in 2010, the UK in 2015 and Australia in 2018 (Canada, House of Commons 2018). At the end of June 2019 the federal government completed consultations on the possibility of introducing legislation to regulate supply chains (Canada, Employment and Social Development 2019).

In 2015, the ILO launched a global “Fair Recruitment Initiative” to help prevent human trafficking and forced labour, and to protect the rights of workers, including migrant workers, from abusive and fraudulent practices during the recruitment process. Research in Canada has identified problems of labour exploitation, sometimes amounting to forced labour, associated with recruitment agencies (Faraday 2014; Fudge and Parrot 2014; Gesualdi-Fecteau at al 2017). In 2016, the House of Commons Standing Committee on Human Resources, Skills and Social Development acknowledged the need to regulate recruiters in order to prevent abuse of international migrant workers (Canada, House of Commons, 2016).

There is now an array of legal instruments designed to address forced labour and labour exploitation in supply chains, and they range from fairly robust due diligence requirements to much more anodyne transparency laws (McGrath and Mieres 2017; Marshall 2019). There is a growing literature that is beginning to evaluate these regulatory experiments (Fudge 2018; Phillips, LeBaron and Wallin 2018). Provinces in Canada have introduced a variety of regulatory initiatives to address the exploitation of migrant workers by recruitment agencies, with varying success (Faraday 2014; Fudge and Parrot 2014; Gesualdi-Fecteau 2014; Gesualdi-Fecteau et al., 2017). Some researchers argue that in the absence of an effective regime that regulates actions of employment agencies in another state or which holds firms accountable for the action of foreign labour intermediaries the solution is to institute full labour supply chain liability for all actors (Gordon 2017). Bilateral agreements have been advocated as a way of addressing the problem (ILO 2006). Other researchers, such as Coghlan and Wylie (2011), insist that regulation should instead take place at the national level via increase in labour inspection and enforcement of national labour legislation. Given that transnational and national regulation suffers from profound weaknesses, Feasley (2016: 16) suggests setting up of a hybrid regime that consists of “international human rights accountability principles codified through state-supported legislation with buy-in from the business community”. Finally, those scholars skeptical about the effectiveness of national labour laws, international human rights principles, and corporate codes of conduct suggest a bottom-up approach based on worker participation and voice (Brudney 2016).

International and Interdisciplinary Research Workshop
The project centres around an international (Australia, Canada, Europe, Israel, U.K. and the U.S.) and interdisciplinary (business, geography, law, sociology and labour studies) research workshop on May 7 and 7, 2021 at McMaster University that brings together about 20 researchers to exchange findings and frameworks on transnational labour intermediation and forced labour. The research workshop will:
(1) explore the relationship between transnational labour mediation and forced labour, paying particular attention to intersecting social relations and statuses that make certain groups such as women or undocumented migrants vulnerable to labour exploitation; and
(2) map and evaluate existing forms of regulation that have been designed and implemented to eradicate forced labour in the context of transnational labour intermediation.