Twenty Years After Palermo (Can We Stop Discussing Labour Exploitation and Start Fixing it?)

The Bittersweet Side of Cocoa Supply Chains (and Where Accountability Lies)

A recent by the Canadian Broadcasting Company (CBC) implicated Canadian grocers like Loblaws, Sobeys and Walmart in the production of tomato products using forced labour. These products, which are also distributed by food corporations like Nestle, Del Monte and Unilever, were produced by companies in China’s Xinjian province, where Uyghur Muslims have been detained and compelled to work. In response to the story, some retailers pulled the products from their shelves, while others severed ties with suppliers. In the article, the CBC critiqued the Canadian government for failing to ban tomato products from China (as the US has done) and chastised lead firms and retailers’ corporate social responsibility (CSR) policies for failing to catch forced labour in their supply chains. However, would banning tomato products from China or implementing a more robust set of CSR policies actually improve the wages and working conditions of workers in Xinjian? Banning tomato products from China (or any region where workers are subjected to forced labour) certainly will not help the workers. As one anonymous supplier explained to CBC, products from Xinjian were not supposed to be shipped to Canada; instead, they should have gone to U.K., Australian, or African markets. CSR policies are an equally dubious solution. Indeed, there is a growing academic consensus that CSR policies do little to prevent instances of unfree labour in global supply chains.

Global value chain scholars have shown that CSR is hampered by conflicts of interest, as it is common for companies to hire their own supply chain monitors. This may cause the monitoring firm to prioritize their relationship with the lead firm over ensuring that proper working conditions are in place. proper working conditions are in place Independent (not for profit) monitors are more likely to expose labour abuses, but are still limited by the infrequency of inspections and a lack of trust from workers.

Furthermore, instances of forced labour often begin outside of the workplace, the typical jurisdiction of CSR policies. For example, labour migration schemes create power imbalances where workers may become entrapped by debt or face difficulty quitting if the work is exploitative, as labour intermediaries typically pay for travel costs associated with reaching and living at the job site (1).

Finally, CSR policies often state they aim to comply with local governmental labour regulations. However, this is insufficient as developing countries may purposefully implement limited minimum wage and labour regulations in order to attract corporate investment.

Fortunately, forms of private regulation which centre workers have been more successful at improving wages and working conditions in supply chains. One such example is the Fair Food Program - a governance model known as Worker Driven Social Responsibility (WSR). The Fair Food Program (FFP) has received praise from the United Nations and former US President Barack Obama, who called it “one of the most successful and innovative programs in the world today…prevent modern slavery."

FFP arose as a WSR solution to supply chain governance through the work of the Coalition of Immokalee Workers (CIW). The CIW is a community-based organization comprised of farmworkers and their allies in Florida, USA. Since the 1990s, the CIW struggled to gain better wages and working conditions for farmworkers on Florida’s tomato farms, which had a notorious reputation for some of the worst working conditions in the country, with one US official even labelling it "ground zero for modern slavery." The average worker laboured for 10-12 hours a day, and was paid a paltry 40 cents per bucket of tomatoes. Many farms were rife with reports of sexual harassment and demands for sex in exchange for continued employment. Relatedly, over 1,000 workers were freed from forced labour arrangements on Florida tomato farms between 1998 and 2013. After several failed campaigns targeting tomato growers (or suppliers), the CIW realized that the buyers at the top of the supply chain (such as Walmart and McDonald’s) held structural power. Following this realization, the CIW adjusted their campaign, launching a successful boycott of Taco Bell. In 2005, Taco Bell signed the first Fair Food Agreement, with its parent company Yum! Brands soon following suit. Since then, Fair Food Agreements have been signed with other fast food giants, like McDonalds, Burger King, Subway, and large retailers such as Walmart, Whole Foods, and Trader Joes. Ben and Jerry’s has also agreed to a WSR model of supply chains regulation, known as 'Milk with Dignity',. 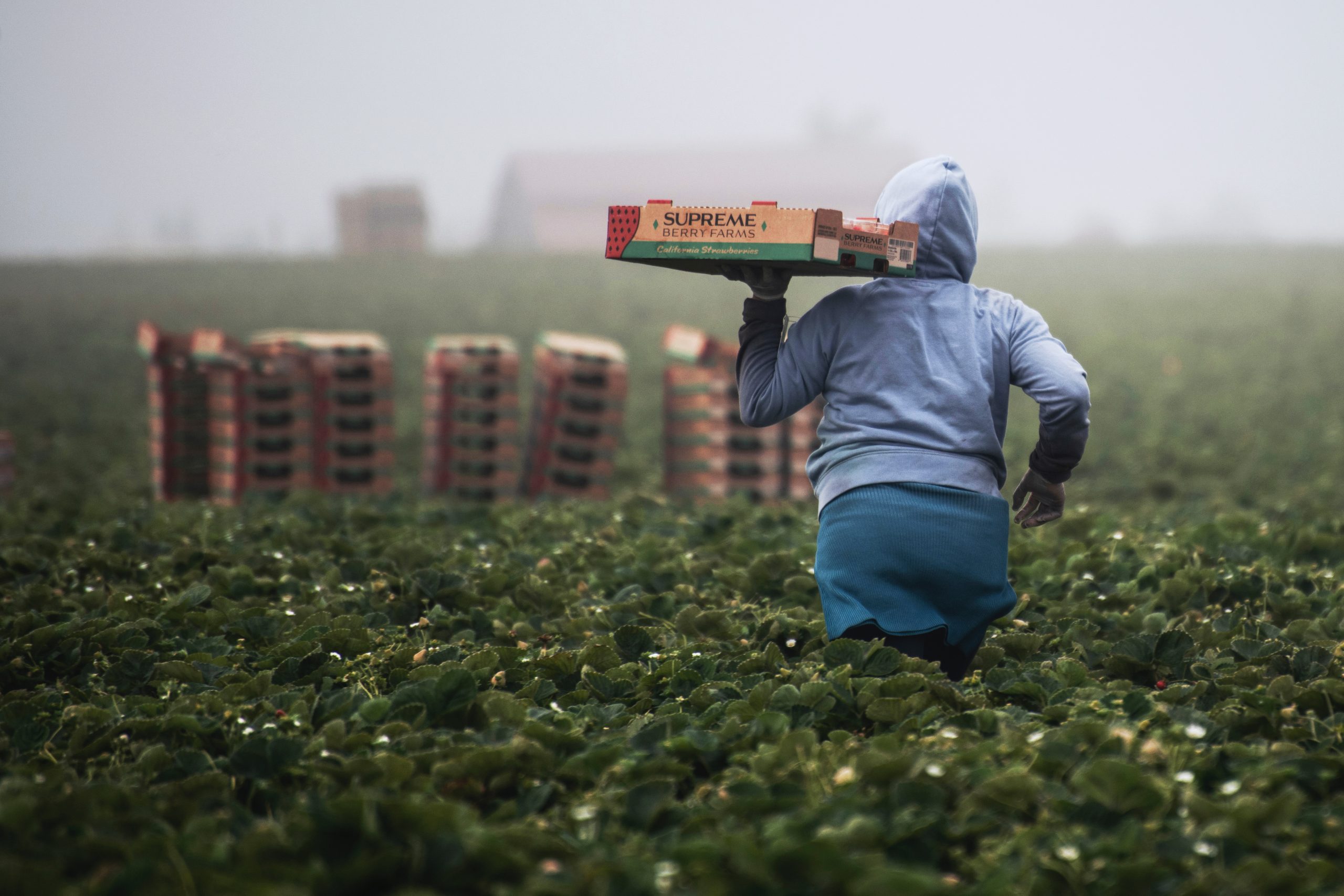 The Fair Food Agreement creates a legally binding contract between the buyer, the CIW, and participating growers. Growers must follow a code of conduct on employment conditions which are drafted in collaboration with workers, the CIW, and growers themselves. Failure to comply results in punishment from lead firms, who are contractually obligated to stop purchasing from such growers until the issues have been remedied. The FFP code of conduct was initially drafted to raise wages, requiring tomato purchasers to pay 1.5 pennies more per pound of tomatoes, which had to be directly passed onto the workers. This resulted in a wage increase of 20-35% for farmworkers.

Workers play a pivotal role in all aspects of WSR governance. From the initial drafting of the agreement to the monitoring and enforcement mechanisms, the involvement of workers is why WSR works so well. For example, prior to the signing of the FFP, farm managers demanded that workers fill their buckets as much as possible (so that it resembled a scoop of ice cream), and typically weighed 36lbs, despite workers only being paid for a 32lb bucket. If workers refused to comply, they could risk managers ‘disqualifying’ their buckets at the end of the day, and losing any compensation for the bucket of tomatoes. The FFP fixed this issue, standardizing what a typical basket of tomatoes should look like and thus ended the common practice of wage theft. This example demonstrates the effectiveness of the WSR model, as it empowered farm workers to change workplace abuses that harmed them the most. In order to effectively govern their own workplaces, workers must have a robust understanding of how the governance procedures operate. The CIW conducts education programs in a variety of methods at multiple times a year. Educational programs begin with employment, where workers are shown a dramatized video of their rights under the code. Pamphlets written in multiple languages are also distributed to workers, which describe their rights and the methods to contact monitors. In addition, the CIW holds paid educational sessions at every workplace several times a year, attended by both workers and management.

The worker-driven monitoring procedure can be broken down into two parts: auditing and complaint mechanisms. The FFP program is monitored by a third-party organization, the Fair Food Standards Council (FFSC), which was created alongside the Fair Foods Program. As a part of the program, FFSC has access to farm payroll records to ensure that workers are properly paid, and are receiving the itemized wage premium that resulted from the agreement. Auditors are also permitted to inspect working conditions, and interview at least half of farmworkers on any given farm to ensure there is compliance with the code. The FFSC also handles complaint procedures, offering a multi-lingual 24/7 call line where workers can report abuses without worrying about reprisal from the employer. If there is retaliation from the employer, the FFSC ensures that the worker is reinstated and the manager is disciplined, with subsequent violations leading to dismissal. The number of worker complaints to the FFSC has risen year after year, demonstrating that workers feel secure about speaking out against their employer, and using the FFP to continuously improve working conditions.

If our society is serious about ending forced labour--whether it be in the tomato fields of Florida or Xinjiang—it is necessary to centre workers in the governance of supply chains instated of relying on governmental or corporate pressure. As the people involved on a day-to-day basis in the workplace, no other agents in the production or governance processes (corporate, governmental, NGOs) have the same depth of knowledge about the important issues workers are facing or are better positioned to identify how to solve them.